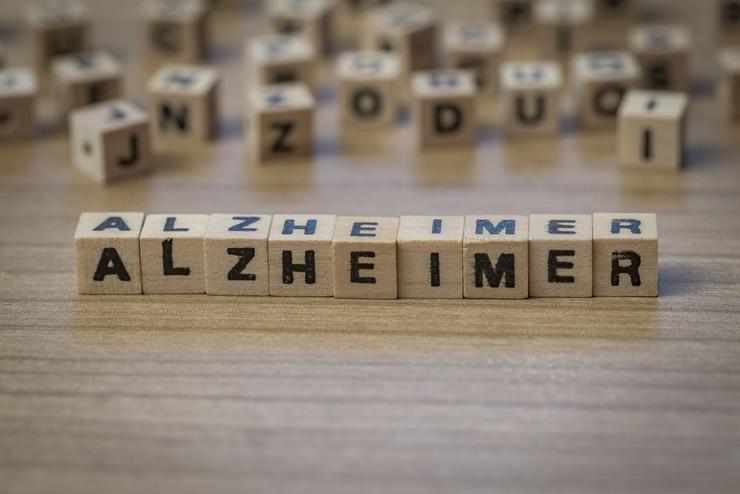 By definition, Alzheimer's disease is a neurodegenerative pathology that causes cognitive impairment. This disease is also considered a set of diseases that are called "dementias". It is explained by the degeneration and death of brain cells resulting in marked narrowing of certain brain regions, according to the Alzheimer Society of Canada .

How to recognize it?

The disease can usually manifest itself through the following symptoms ( Douglas, University Institute in Mental Health ):

The symptoms are severe enough to affect the person's daily activities. It should be known that the disease is progressive , as the cells degenerate, but it can however be slowed down by treatments, using specific medications. Thanks to these, the patients can improve their quality of life.

Do you think someone close to you might have Alzheimer's? Contact your doctor, he can validate if this is due to a normal memory loss or rather to what is called the mild cognitive disorder that represents a risk of progression to Alzheimer's disease. He can then propose a treatment.

In the case of a diagnosis, several residences for Alzheimer's or residences for cognitive losses offer specialized services for people with loss of autonomy. If you need help to find them, do not hesitate to fill out a request form , a member of our team will be able to carry out a search according to your needs.

The causes of Alzheimer's disease are still difficult to understand, but there are some risk factors that are known, according to the Alzheimer Society of Canada . They increase the probability of developing the disease, but there is no certainty at the moment that it will develop even if we are exposed to it.

For a complete fact sheet on risk factors and detailed explanations, download here the document created by the Alzheimer Society of Canada .

The 4 main stages of Alzheimer's disease

It is likely that you ask yourself the question: how does it start? Well, the first symptoms are memory loss, difficulty communicating, and changes in mood and behavior. At this point, those affected do not need much help and can tell others about their experiences with this disease. Some people already consider transferring to a residence for cognitive loss, but most are able to function in their homes.

The second stage of the disease is characterized by a decline in a person's ability to perform everyday tasks. It is also at the moderate stage that sufferers need help and support. The move to a specialized residence for Alzheimer's is done more often than not at this stage of the illness.

People are seriously affected and can no longer function in everyday life. The goal, at this stage, is to give them the best possible quality of life. Since these people require a lot of care both during the day and at night, in the vast majority of cases, they will be accommodated in a care facility, a residence for Alzheimer's or cognitive loss.

At this stage, the care provided to people with Alzheimer's disease is focused on their well-being. Since the cognitive and physical faculties will worsen over time, the goal of caregivers is to maintain their comfort and quality of life.

In order to ensure the best possible future for people with Alzheimer's disease, families can turn to Alzheimer's residences that host them and provide all the necessary care.

You can consult our search tool to find the list of residences for people with cognitive loss / Alzheimer's.

What tests are available?

As reported by the Alzheimer Society of Canada, diagnosing Alzheimer's disease is a complex process and there is no single test to determine whether or not the person has Alzheimer's disease. One of the tests that your doctor will pass you through is the Mental Status Test.

Since 40% of people over 65 experience some form of memory loss, early diagnosis is available to identify people who may be at risk and who need to consider a full assessment.

Looking for a retirement home ?

We help you find a residence. Our service is free.

Get help form our experts

Create an account today to manage your visit requests
and give reviews. It's simple and free!